We play a game in stations to practice skip counting called “Cross the Creek” or “Cross the Galaxy.”  Basically we rename it based on the shape of the foam tiles.  The way the game works is that you write multiples of a number or a counting pattern on one side of craft foam pieces.  You then lay it out face up so that students can practice seeing and counting.  Students take turns walking across the numbers and saying them as they walk.  After they cross, they can choose one number to turn over and then the next person goes.  It’s a really great kinesthetic way to get kids to practice counting patterns after they have had time to conceptualize the pattern.

I say all of that to set up this next 3 Act task.  I thought, a predictable sequence would be fun, but I want to start out with a number pattern that encourages students to think about the nature of patterns.  For that reason, there will be two different videos for Act 2 based on student responses to what information they need.  The first will give them just the second number and the next will give them the first three numbers.  The goal is to get them to see that patterns cannot be discerned by simple looking at two numbers (or three in cases like the Fibonacci sequence – but that will be explored at a different time:).  There are many standards this task addresses, it can be used at any grade for MP 8.  Or for content standards in several grades in Operations and Algebraic thinking.  Specifically 2.OA.A.1.

Are you confident in your answer after seeing this new information or would you like to revise?

While at the NCSM Conference in San Diego, I wanted to see as much of the city as I could after sessions were out.  I walked along the bay and as I continued to walk, I kept seeing scooters and bicycles parked at random intervals.  I decided to check it out and ended up renting one. 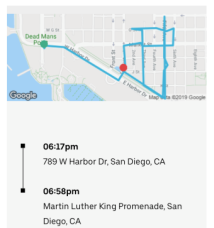 Focus Question: How much did it cost to rent the bike? 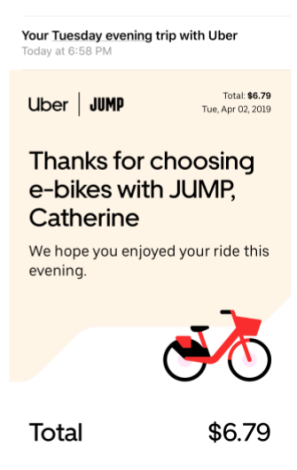 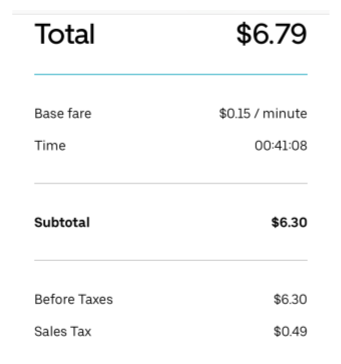 This task best fits 3.NF.A.3.a-b as an introduction to equivalent fractions.

Focus Question: How many will go on each plate so that everyone gets the same amount?

How many full bars were there?

What if the bars were cut in fourths and eighths?

This task is a little different than most, but I really think it has some good exploration built in and it lends itself to more of an open task.  The standards that I think best fit this task are Math Practice 1, 3, and 4.  If you think there is a good fit with a content standard, please comment below.  There is definitely some partitioning of the whole which could be a good application of 3.GA.2.

Focus Question: How will the bread be cut?

I made 7 cuts.  Number of Pretzels

This task is meant to emphasize partitioning on a line of symmetry.  Common Core Standard 4.G.A.3.

Focus Question: Where will I need to cut the heart for it to be symmetrical (or to cover itself)?

Use this recording sheet for students.

I happened upon some Little Debbie snacks at the grocery store a few days ago and got some ideas for some new tasks.  This task is meant to show fractions as division by dividing the number of Ho Ho’s by the number of plates (or people).  The common core standard this best fits is 5.NF.B.3.

Focus Question: How many Ho Ho snacks will each person (or plate) get?

You can switch up Act 2 pretty easily to meet your goals.  This is a great activity for structuring to 5 and best fits standards K.OA.A.1-3 and fluency standard K.OA.A.5.

I wrote this blog post last year and somehow never finished it:

My youngest son is in the fourth grade.  He is a good student and loves math, but I wasn’t sure if he was truly understanding fractions.  I decided to ask him how he would solve 5 x 3/8.  He started by trying to use an algorithm (which he did not understand) but luckily saw the mistake and was able to reason about the answer to determine that the algorithm did not produce a reasonable answer (The entire video is at the bottom of this post).

After he was unsuccessful with the algorithm he just looked at me and said,  “but 9 is more than 5” with a puzzled look on his face.  He knew something went wrong but he wasn’t sure how to figure out what.  I asked him if there was a different way he could represent the problem to make sense of it and he said he could draw a picture or a diagram.  I said, okay what would that look like.  He struggled a little with trying to visual 3/8 so I asked him what 1/8 would look like.  He went to a number line.  However, when he labeled his number line, this is how he labeled it:

He then was able to plot 3/8 on the number line like this:

When I asked him what two 3/8 would look like, he was stumped.  I said, where would you put the dot to show another 3/8?  He was able to produce this number line and we discussed that this was two groups of 3/8.  He proceeded to extend the number line to show five groups of 3/8 which landed him at 15/8.

I asked him if he had a way he could teach this to someone else who didn’t know how to complete this problem and he produced this scenario and drawing:

So only three children had their cookies at that time.  And then I will shade in the cookie pieces that those children ate. Those pieces would be ⅜ of the cookie. But if there were five cookies, then you would take this and there would be five of these (five cookies all split up so the children could have their pieces of the cookies).

Five of these ⅜ would be ate at one time. So that would be…let me just draw that…so that is five split up cookies. And then three children had their share of the cookies (that represents ⅜ of the one cookie). There was five cookies so then there was that much. These were the pieces that were ate, but the total of those pieces that were ate were 3, 6, 9, 12, and 15.

We know how important it is to allow students to make sense of a mathematics, yet many times we feel rushed to teach.  If I would have tried to “teach” Skylor the algorithm for this problem, would he have been able to internalize the concept?

If I would have switched to teaching mode and given him steps to complete or a specific diagram to draw (my diagram) what might have happened?

Will Skylor be able to make sense of the algorithm now?

As a Math Recovery Intervention Specialist, one of the most important things I learned was the importance of wait time and the practice of questioning instead of telling.  When we stop leading students thinking and start allowing them to make sense of their own learning (MP1) it is amazing what they can accomplish.

One of my youngest son’s favorite party games is the balloon dart throw.  Each year for his birthday party I come up with some way to incorporate the game.  I fill them with party favors such as mini lego sets or minifigs and his friends get to keep the prize and put it together when they pop them.

When I was brainstorming next year’s theme, I realized this would make a great task!  I have filmed several of these for different grade levels.  This is a great one for 1.OA.A.1, 1.OA.B.4, 1.OA.C.5 for adding within 20 and missing addends.  It also could be used for the second grade fluency standard, 2.OA.B.2.

Possible Question: How many balloons were popped?

I threw 10 darts and missed three times.  On my ninth throw I popped two balloons with one dart.

OR less challenging: there are 4 balloons left.

It’s time to stop and smell the flowers!  This post is dedicated to Math Practice Standards 1-3! Of course, it does hit some content standards (as well as more practice standards), but let’s focus on constructing viable arguments with this one…just for fun!

Hopefully this light-hearted throw back video won’t offend anyone as I had so much fun reminiscing about all the flowers my friends and I went through as kids playing this game!

Possible Question:  What will it end on?  He loves me or he loves me not?

Starts with “He loves me…”

I’d love to hear strategies used by students to figure this out so feel free to tweet them or comment here!  Have fun and take time to stop and smell the flowers!